The Royal summit, dedicated to the future roles of Prince Harry and Meghan Markle, has ended, and at the end of it, Queen Elizabeth II has released an official statement: 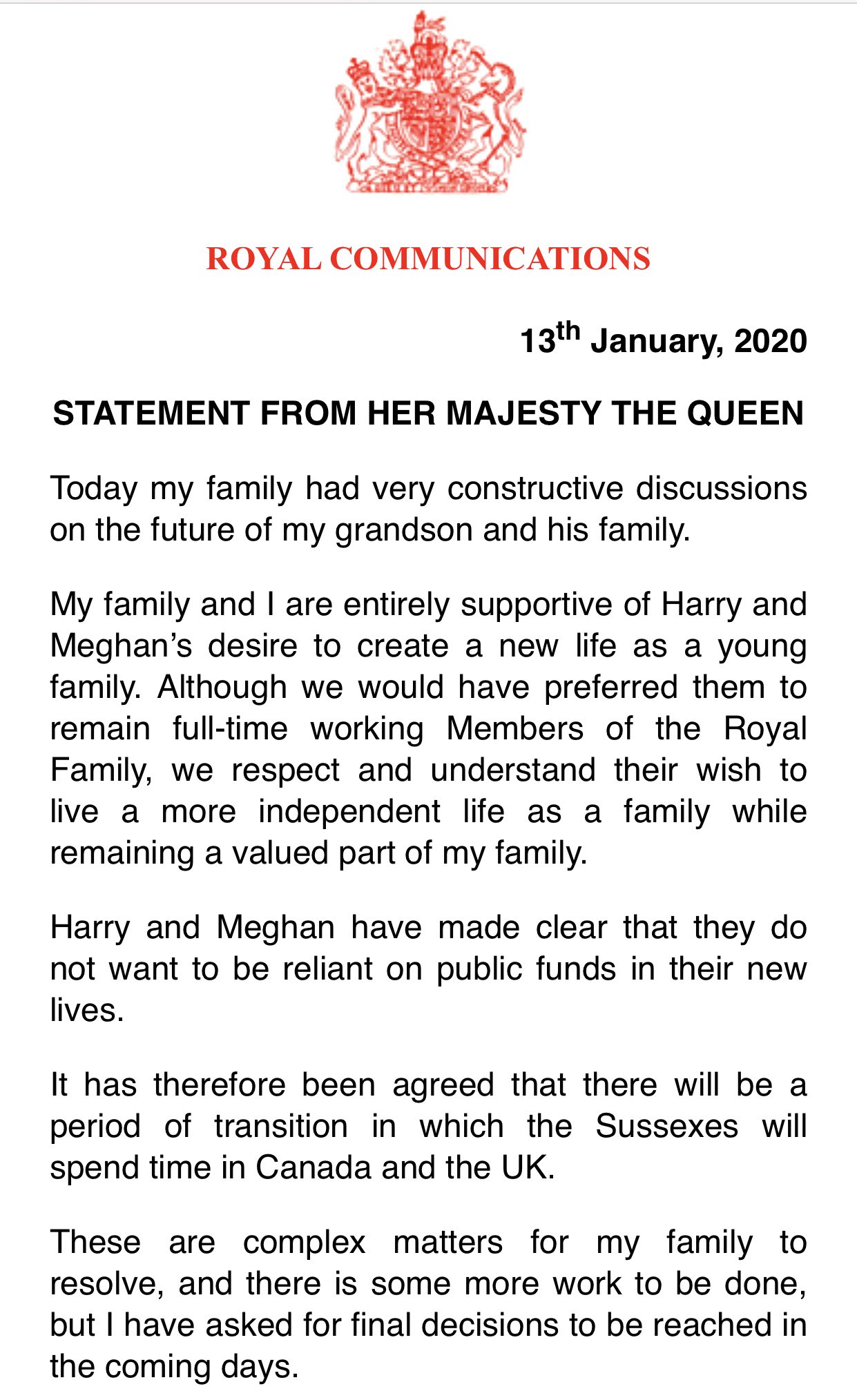 Did anyone expect anything else from the Queen? Did we expect the Queen to actually tell the whole country what decision she had made about the Sussex Family?

Even if they decided to send the couple to a mental hospital, the official statement may well sound like ” a transitional period during which the Sussexs will spend time in Canada and the UK.”

So far, only one thing is clear from the statement: they do not perform Royal duties, and public money will not be spent on them. Nothing is known about the “dad’s” money, nor about whether Frogmore remains behind it.

A Wake-up call for the Sussex Family is the fact that the Queen never once referred to their HRH as the Duke and Duchess of Sussex in a statement. The first time they were just Harry and Meghan, the second time they were Sussex.

And Yes, the Queen clearly distinguished the Sussex family from her own. And it is written “My family”! And this family no longer includes Harry and Meghan.

The Queen lost to Sussex? I don't think so…