“Red carpet…Shoes by Manolo Blahnik and dress by… let it be Stella McCartney. Victoria Beckham begged me to wear something from her collection, but she doesn’t have anything worthy of me. Camera flashes light up my face, and my hands are excitedly adjusting my $ 2 million diamond necklace… no, why for two, let it be for 5 million dollars. Adele and Amal Clooney are standing somewhere in the corner, crouched behind a palm tree, admiring my outfit. Here Amal comes to fix my dress… In fact, she just wants to at least touch this magnificent and expensive silk… she can’t afford one. So be it, I’ll give her a generous smile. Adele is trying to compliment my gorgeous necklace, but in fact she is mentally calculating how many carats are in each shining stone… Oh, here’s J. Lo running off with his eternal fiance. Probably, once again, will start inviting me to be the main guest at her wedding. How tiresome it is.” 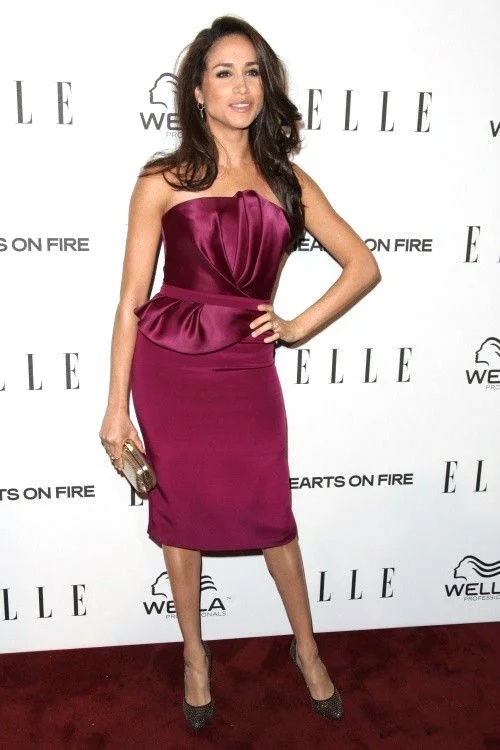 Footsteps in the corridor made the Duchess of Sussex start and break the fairy-tale dreams, returning again to the harsh realities. The owner of the house, famous Hollywood producer and tycoon Tyler Perry, entered the office.

“Meg, dear! I told you to use my office only as a last resort! And don’t put your feet on my mahogany table!

The Duchess rose quickly and went to meet her friend and benefactor.

“I’ve already got the imprint of your fifth dot on my calf – skin chair,” Perry continued nervously.”Well, let’s get to the point of my coming. Where’s Harry?

“He’s at Adele’s, and he’ll be here soon,” said the Prince’s wife joyfully. “You know, she bought him three new shirts the other day!”

“It’s about time,” Tyler muttered, sitting down in his favorite chair.

“And she promised to give me the lucky dress she was wearing for the very first time,” Megan continued excitedly. “It’s so beautiful and expensive, and almost my size!” I had to listen to her stupid British jokes for an hour and a half, but it was worth it.

See also  Who benefits from Megxit, and when Harry returns to “firm”

“How touching,” Perry said, smiling. “But I think you can guess the reason for my visit?” Meghan, the month is over, it’s time to think about the main thing. Do you know how I managed to rise from a poor boy to such heights? Do you know that all this luxury in which you and Harry, thanks to my kindness, bathe daily, has not fallen on me from the sky? So, the first and main rule of the beginning rich man: do nothing for free. Otherwise, the pocket will only decrease, but not increase. And I’ve been following that rule for forty years. Do you see what I’m getting at? 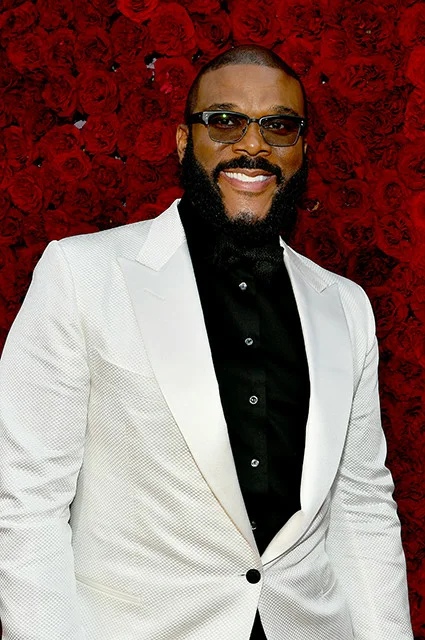 Naturally, Megan understood, because this was the kind of educational conversation Tyler gave her twice a week. Markle decided to go ahead:

‘H. calls dad almost every day, but his majordomo always tells him he’s got the wrong number… Old good sense of humor. Tyler, wait a little longer, you know we’re not going to be in debt. We will definitely give you the money for rent and security… someday. Probably… Harry and I have developed a brilliant plan.

– By the way! “yesterday, Mrs. Winston again complained To me that one of the drones flew into her kitchen and gave her an incredible fright. And she is 83 years old and has a weak heart. When will you learn to control them, Meg? A five-year-old child can cope with this. Harry was by the pool, not in the kitchen, and drones should have been directed to the pool!

Meghan lowered her head in embarrassment and stared at the patterns on the expensive carpet made from the fur of baby camels bred in the king of Saudi Arabia’s own nursery.

See also  Her Majesty the Queen's statement: not so simple…

“For two months, I’ve been trying to build your image and reputation as a sought-after star, so that at least someone will offer you a role, ” Perry continued. “Honey, remember, when you see a photographer, you don’t have to look directly at the camera and smile. Pretend that you are being photographed against your will, that you don’t want to be photographed, that you are hiding from publicity because there is already too much of it. Modesty-that’s what distinguishes a true celebrity from second-rate Actresses of minor series. I’m beginning to doubt that all my spending on your noble family will ever pay for itself. 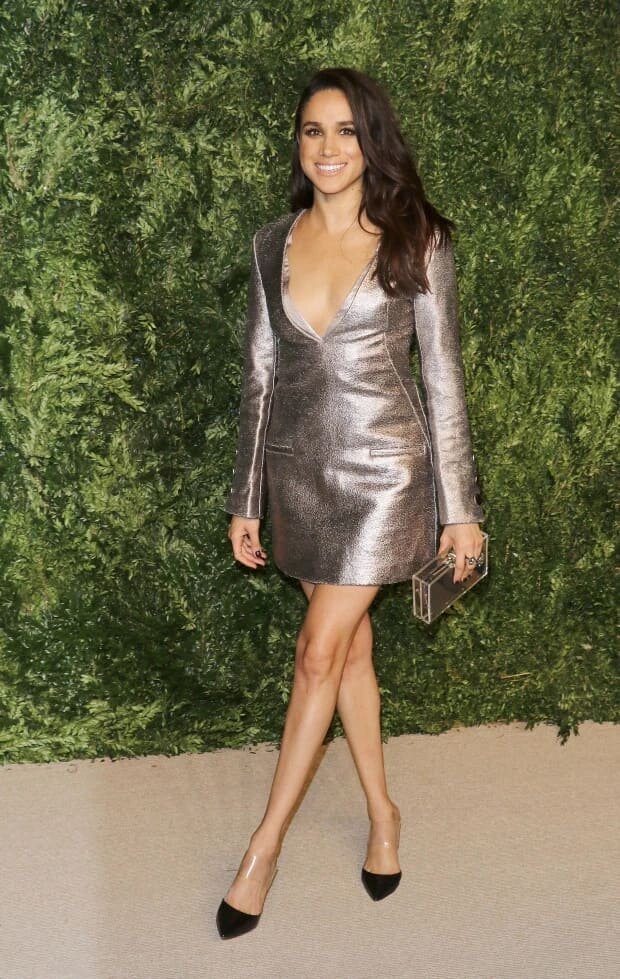 Meghan felt that her hopes for a bright future might be dashed in the blink of an eye. We must not allow this to happen.

– Yes there is no same, have us with Harry all tickles, not doubt, – former actress Suits tried to convince harsh producer, – Two days ago on one of Central streets cities we with Harry saw couple of photographers and as would accidentally went in their side. But at that time, someone told them that Cameron Diaz and her husband and daughter were out shopping, and they all ran there. We should have just left the house a little earlier.

The producer sighed ruefully and slowly sank into his chair. He will only get money for renting a house from this couple if Meghan Markle gets her first fee for a role in the film. But there are no offers yet.

Still, Tyler is waiting for the revival of the shooting season in Hollywood, and maybe then he will be able to attach the Duchess at least in some franchise or soap Opera, getting a fat percentage for himself.

In his films, Perry did not dare to take her, because he did not see a suitable role for Meghan. And the roles that she could play, Meghan refused. But once I was happy to agree…

The movie Mogul’s unhappy thoughts were interrupted by the red-haired Duke of Sussex, who ran into the office and shouted joyfully: 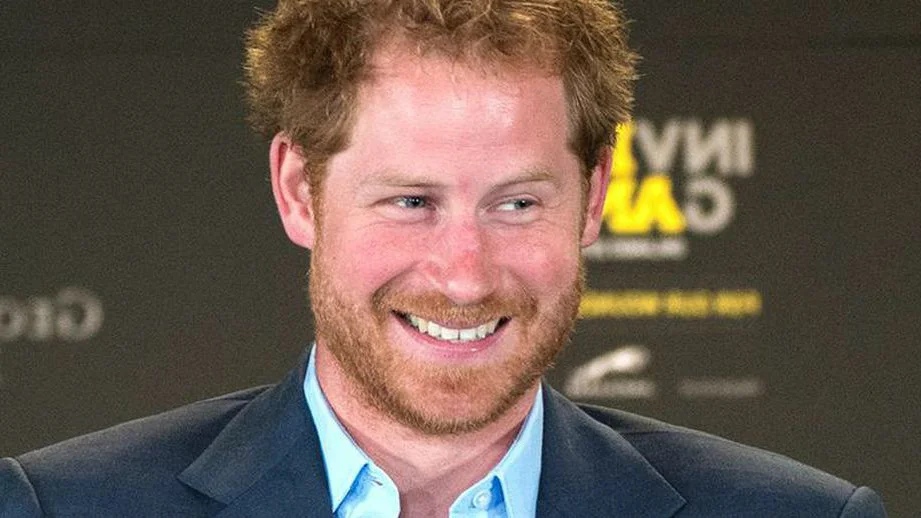 Meghan was surprised: it had been a long time since she’d seen her husband so happy. What could have made him so happy, and what happy news was he talking about?

“What’s the party, H?” Did Tatler win the case against Kate and the judge order the Cambridges to pay Anna Pasternak a million pounds in damages?

“Then perhaps your grandmother forgave you the debt for Frogmore cottage, or did Papa Charles promise to pay for It out of his own pocket?” – continued to try to find out the Duchess.

“No, Meg, did you forget that he’s already paying for us?” The press just doesn’t know about it. I have other news, ” the Prince said irritably.

“Do you remember when we were living in Canada and we ran out of money, I put up for sale my baby bike, which I inherited from William and he inherited from dad? – mysteriously smiling, pulling the intrigue of the Prince.

“I remember, so what?” Megan asked, looking warily into her husband’s eyes and trying to find a rebuttal to her suspicions. But the miracle did not happen.

“They bought it!” the Prince said with delight. “We’re rich again!” Cheer up, old lady! The dark times are receding.

“The wealth we have earned,” the former Duchess thought bitterly, but she said aloud with a smile, ” I am very glad, Harry. Hooray. 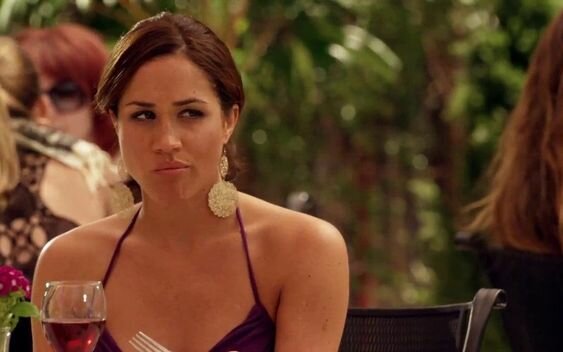 This is a made-up story. Don’t take it seriously. Thanks for your attention!