Meghan Markle is offering insight into what her life was like within the royal family. In a new sneak peek clip for her and Prince Harry’s 90-minute interview with Oprah Winfrey, it’s revealed that Oprah asked Meghan for an interview in 2018, ahead of her and Harry’s wedding.

“I remember that conversation very well,” the 39-year-old Duchess of Sussex tells Oprah, smiling. “I wasn’t even allowed to have this conversation with you personally, right? There had to be people from the — sitting there, there were other people in the room when I was having that conversation.”

Oprah notes that Meghan turned her down at the time and asks why now is the right time for her to speak out.

“Well, so many things. That we’re on the other side of a lot of — a lot of life experience that’s happened, and also that we have the ability to make our own choices in a way that I couldn’t have said yes to you then,” Meghan explains. “That wasn’t my choice to make.”

She goes on to imply that Buckingham Palace had extreme control over her actions and the things she said.

“As an adult who lived a really independent life to then go into this construct that is different than I think what people expect it to be, it’s really liberating to be able to have the right and the privilege in some ways to be able to say yes, I’m ready to talk,” Meghan shares.

While Oprah has previously said that there were no questions off limits, Gayle King, CBS This Morning anchor and Oprah’s best friend, did note that the Duke and Duchess of Sussex don’t necessarily answer all of the questions asked of them.

“They answered every question 99.999. Any questions they didn’t answer, they explained why you didn’t answer so you get a sense of that,” Gayle shared on the morning show. 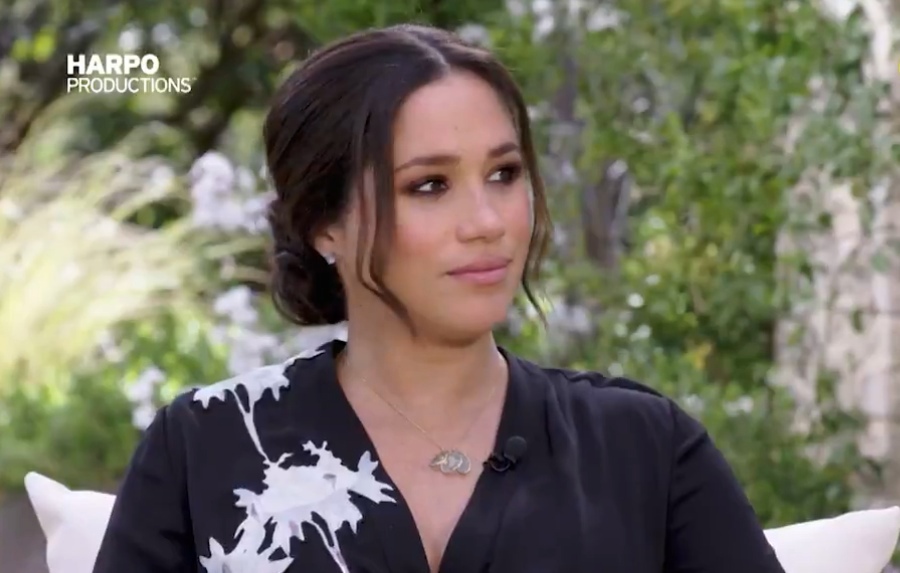 In a previous clip from the her upcoming sit-down with the couple, Oprah asks Meghan if she was concerned about the royal family’s reaction to their tell-all interview. She replies, “I don’t know how they could expect that after all of this time we would still just be silent if there is an active role that the firm is playing in perpetuating falsehoods about us. And if that comes with risk of losing things, I mean, there’s a lot that’s been lost already.”