For several days, the so – called Megxit-the exit of the Sussexs from the Royal family-has been actively discussed. People are arguing about whether Harry and Meghan left themselves or were expelled… Many are disappointed with the Queen’s decision, and believe that the couple were treated too gently. Someone generally believes that the Queen ” caved in” and Meghan again got everything she wanted.

Let’s sort it out…

I believe that preparations for Megxit began long before it became known to the General public. It is likely after the release of the documentary “Harry and Meghan: an African journey”, where Harry and, especially Meghan, complained about how hard it is for them to live in the Royal family. 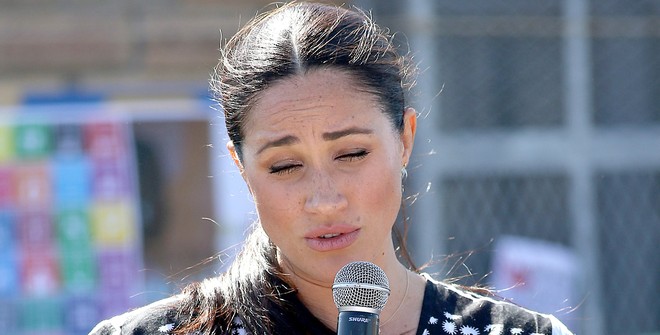 Of course, the Royal family is a fairly closed institution, so it is unlikely that we will learn about all the behind-the-scenes twists and turns of this story. It is clear that not Sussexs went to a 6 week vacation, and sent them “firm”, not to get underfoot during the holidays, and apparently, during this time, were going to decide what to do with the ever aching sufferers.

But the “sufferers” also decided not to waste time, so, realizing that nothing good is waiting for them, they decided to stir up a joint business under the Royal brand. They felt that they could do without the Royal family, of course, hoping that they would not be left without money at all. Therefore, upon their return, the Sussexs published a statement on their website, in which they set out all their “wants”. So, 7 things the Sussexs wanted, and what the Queen gave them…

1. Meghan and Harry said they want to start playing a “new progressive role” in the Royal family and will ” adjust their working model.”

However, instead of giving them “progressive new roles” in the “firm”, the Queen decided to dismiss them completely from the spring of 2020. This means that Sussexs must now find work elsewhere in order to become “financially independent,” as their original statement said.

2. Sussexs said they want to “focus on the next Chapter”” their new charity and the Sussex Royal Foundation

But since Harry and Meghan have to give up using their Royal titles, this makes it impossible for them to make money on the Sussex Royal brand. Although they are still the Duke and Duchess of Sussex, the “Royal” part of their brand will not be available to them from the spring, and Sussex will have to rebrand their charity Fund, website and social media.

3. The couple said they wanted to give up government funding, which was only 5% of what they received from the Royal family.

As for the rest of the income that Prince Charles provided for them, the Sussexs who decided to become financially independent were modestly silent.

As working members of the Royal family, the couple was entitled to funding from the Principality of Charles, the Duchy of Cornwall, however, having ceased to perform Royal duties, Meghan and Harry will not be entitled to Royal income.

However, Charles has agreed to Fund the couple in the short term, but it is likely that this money will come from his private income.

4. Meghan and Harry will “fully support” the Queen, the Commonwealth and their patronage.

Despite their desire to “collaborate” with the Queen and the Royal family, the couple were told that they could no longer” officially represent ” the Queen in their new life, they must give up all patronage, including official military appointments. Although they must “continue to support Her Majesty’s values.”

5. Sussexs will be entitled to armed protection provided by the Metropolitan police because they are ” internationally protected people.”

The item was quickly removed from their website, and Buckingham Palace has since declined to comment on the couple’s security measures. However, most experts say it is unlikely that British police will travel to Canada to ensure the safety of Harry and Meghan. Now, it’s likely that the Sussexs are hiring their own guards to make it look like they mean something and someone might threaten them.

See also  The Duke and Duchess of Sussex urged to think about the homeless, the hungry and the lonely

6. The Sussex family said they were keeping Frogmore cottage as their British office.

Here the Queen agreed, but obliged the couple to return the 2.4 million pounds spent on the renovation of this house, and Meghan and Harry will have to pay rent for it.

7. The couple promised to “reconsider the approach to the media” and will independently decide which media will cover their life activities.

Now that Meghan and Harry no longer work for the Royal family and will not perform Royal duties, of course, the Royal Rota will not cover their lives. Only who will be interested in some Harry and Meghan from Sussex living in Canada. Now you will have to pay for the coverage of your life from your own funds. What we are already seeing!