Dominic Green writes: “Now they’ve left the royal family, Meghan and Harry want to change their terms of engagement with the media to Hollywood rules.”

Just as we were getting used to the headlines about hospitalization and mortality rates, the really bad news arrives. Meghan and Harry are back. After scuttling to California before they were isolated in the hell of a luxury rental in Vancouver, the unemployed ex-royals are loose on the streets of Los Angeles. Disguised as two Postmates workers, they’re delivering bags of food to already vulnerable members of the public and making sure to be filmed doing it. Think Candid Camera, without the candor.

Like everything this spontaneously warm and down-to-earth couple does, this stunt combines a cold whiff of careful planning with their signature aroma, a complex blend of farce, vanity and self-destruction. The footage of their gastronomic mercy mission was intended to draw our attention away from mindless showbiz trivia like COVID-19, the implosion of the global economy and a war of words between the Trump administration and China, and set us thinking about what really matters: the couple’s announcement on Sunday night that they’re refusing to speak to the four biggest British tabloids, the Daily Mail, the Sun, the Daily Mirror and the Daily Express.

NEW: In a Sunday night letter, Prince Harry and Meghan Markle have written to editors of the four major British tabloids – The Sun, Daily Express, Daily Mirror and Daily Mail – promising never to work with them again, barring all access into the future. The letter in full: pic.twitter.com/V4CWc8jKu5

Meghan and Harry, or at least their PR handlers at Sunshine Sacks, say that henceforth they refuse to ‘offer themselves up as currency for an economy of clickbait and distortion’. Apart from being deeply unpatriotic on Harry’s part, the timing is bizarre, and not only because the world is in lockdown. The couple, or at least their lawyers, are due to speak with three of those four papers quite soon. On Friday, a virtual court hearing will begin Meghan’s suit against the Mail for publishing a letter from her to her wayward father Thomas. Harry meanwhile has his own cases pending against the Sun and the Mirror for alleged phone-hacking in the past.

Now they’ve left the royal family, Meghan and Harry want to change their terms of engagement with the media to Hollywood rules: the manipulations of the carefully confessional interview, the spontaneously staged acts of kindness to the plebs. The royal family are tied to the British tabloids like Ahab to Moby Dick. But the major American channels treat American celebrities with groveling reverence. Who wouldn’t want to trade up as they get out, and set the terms of the ‘clickbait and distortion’ — and the price too?

The problem is, Meghan and Harry, in the manner of spoilt children, want it both ways. They insist on their privacy, and little Archie’s too, then announce they’re naming their tax-dodge ‘non-profit’ after him. They claim that what they do is none of our business, but they insert themselves unasked into our business by lecturing us about their environmental obsessions. Perhaps it is admirable that they’re so determined to ‘make a difference’. Perhaps it is patronizing and embarrassing. Either way, they’re chasing the cameras, commercializing their private life and making political statements.

The security camera photograph that the couple have released on Instagram shows them taking to the streets of LA wearing the masks and baseball caps of the merely rich — N95 mask for her, a manly blue kerchief around the chops for him. Curiously, they’re each wearing only one plastic glove, possibly in homage to Michael Jackson, who we’d all be looking to for guidance now, were it not that he’s a dead pedophile whose family are represented by Sunshine Sacks. Or possibly because Harry forgot his gloves.

Well, now the gloves are off. They say you should never pick a fight with a person who buys ink by the barrel. It is even less advisable to pick fights with people who can double their circulation by running photos of celebrities in distress or, ideally, the nude. We can be sure that in the early hours of Monday morning, Malibu residents will have seen freelance photographers shimmying up the palm trees. By antagonizing their natural partners, Meghan and Harry are raising the price on their own headshots.

Harry’s mother Diana died in large part because of a fatal co-dependency with the paparazzi. Harry seems determined to construct a similarly intimate antagonism with the media. This will not end well. 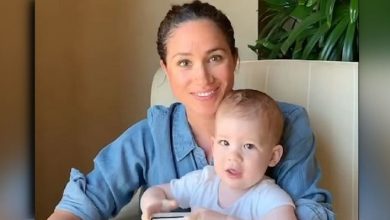 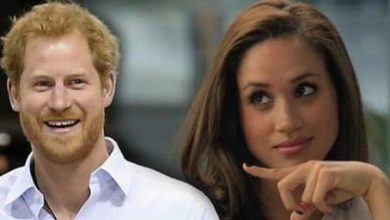 How Meghan Markle is preparing to participate in a Broadway musical 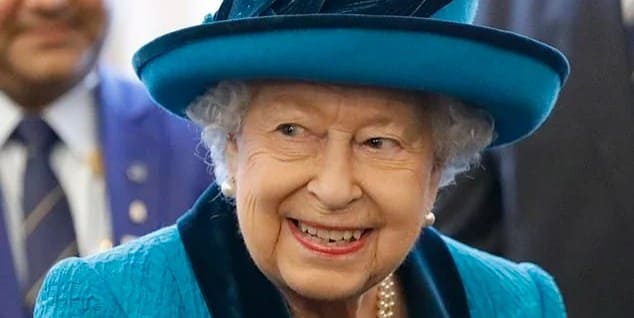