I, of course, had previously read in Wikipedia that Markle-it turns out-is a relative of Harry, because someone there found a connection between her father and the British king Edward III, but Wikipedia is not a very reliable source, and it is clear that someone wanted to slightly smooth out this monstrous mesalliance, so I laughed and forgot this story.

Today, Meghan Markle’s fans were reminded of this, who posted this post in their group:

“American genealogist Gary Boyd Roberts conducted a study on the basis of which he established that Meghan’s father is a descendant of king Edward III of England.
According to his calculations, Megan’s paternal ancestor was the Reverend William skipper, who emigrated to Boston in 1639. William skipper himself was a descendant of one of Edward III’s sons, Lionel, Duke of Clarence. Thus, Megan is a distant relative of her husband.”

Funny? Very! I also remember the story of how Meghan went to Malta to look for her Royal roots, and even found out that she had a connection with the Windsors because her great-grandmother washed dishes in the Royal kitchen. Laughing?

Now look at this diagram. It is related Markle in the line of the grandfather of Megan’s mother’s side.

It was compiled by American bloggers after DM published photos of Meghan Markle’s maternal grandmother.

On the grandmother’s side, Meghan Markle’s pedigree is even more interesting than the fictional story of the former actress ‘ dad’s Royal roots. The story of her grandmother’s birth is particularly remarkable.

Let’s start with the basics. Rachel Meghan Markle is the only child of Doria Ragland and Thomas Markle Sr.

Doria Ragland is the only child of Jeannette Arnold Johnson and Alvin Azell Ragland.

Jeanette’s parents were James T. Arnold and Nettie Mae Allen Pritchard. Jeanette married Alvin Azell Ragland and they had a daughter together, Doria Lois Ragland, the mother of Meghan Markle.

Alvin Azell Ragland is the father of Doria Ragland and the grandfather of Meghan Markle.

He was born on February 21, 1929 in Chattanooga, Hamilton County, Tennessee, USA

BURIAL Details of the burial are unknown

Alvin’s parents were Steve Ragland and Lois Russell. Alvin died at the age of 82. Alvin married Jeanette Arnold and they had a daughter, Doria Lois Ragland. Grandfather of Meghan Markle, Duchess of Sussex.

Are you still here? Good! Back to Meghan Markle’s grandmother, Jeannette Arnold Johnson. She is the only child of James T. Arnold and Nettie may Allen Pritchard.

The virtual cemetery even has a photo of his grave.

We will go to the grave of Nettie Mae Allen Pritchard…

According to the description, she is buried at Inglewood Park Cemetery.

But the search for this cemetery did not yield results. But the Oakland Cemetery has interesting information:

She is widely reported (there are some documents which claim this as well) to have had a relationship with James T Arnold resulting in the birth of her daughter Jeanette, but he was her younger half brother (sharing their mother) and neither of them were mentioned in his obituary.

What does this mean? Meghan Markle’s grandmother, Jeanette Arnold Johnson was born as a result of incest? From James T Arnold’s relationship with his half-sister Nettie Mae Allen Pritchard?

Not only that, James T Arnold and Nettie Mae Allen Pritchard share a mother Gertrude Elizabeth Sadler Allen Arnold. This means that they are not just half-siblings, but half – siblings born to the same mother.

Well, at the end, we will visit Gertrude’s grave…

Mrs. Gertrude Arnold, 77, a resident of 919 Third-St, died Sunday in Newark, New Jersey, where she had been visiting a daughter. She was ill only a brief period of time. Mrs. Arnold was a member of the Second Baptist Church, the Good Samaritan Aid Society and Lake View Chapter, Order of Eastern Star. Surviving are two sons, William, with a U.S. government unit in Korea and Carl, Sandusky; five daughters, Mrs. Nettie Pritchard, Cleveland; Mrs. Essie Penn, Columbus; Mrs. Ruth Warren, Sandusky; Mrs. Fayette Wright and Mrs. Esther Martinez, both Newark, N.J.; 15 grandchildren and ten great-grandchildren. She was preceded in death by her husband, Samuel. Funeral arrangements are to be announced by the Charles J. Andres Sons’ Funeral Home. Sandusky Register, Sandusky, Ohio, December 1958. Transcription by Mary Cummins.

But we are, of course, more interested in her children. And here you are…

I have no reason not to believe this information… and, if this data is not an error, it may well explain Meghan Markle’s mental abnormalities.

“Meghan Markle turned a Prince into a frog”: Joseph Prigogine trolled the Duchess

“Meghan Markle turned a Prince into a frog”: Joseph Prigogine trolled the Duchess 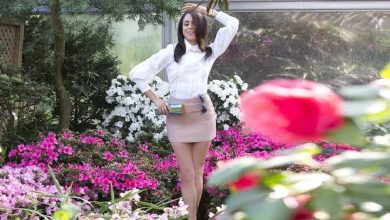 Buckingham Palace headache: even on holiday, Meghan is in working order 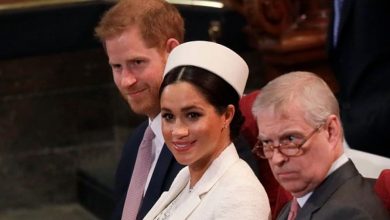