It seems the Megxit epic has been resolved. The Queen made a decision that satisfied the majority of British subjects. Harry and Meghan retain their titles, but they can’t use them, and they have to pay back the expenses of repairing the cottage to the Treasury. But what next? Who won, Harry, Meghan, or the Queen? Is Harry gone forever or will he come back?

The burdens of the Royal burden

The Dukes of Sussex, like other members of the Royal family, have come under intense media scrutiny in the past few years. Megan knew what she was doing when she married the Prince. The most striking example was her star mother-in-law Diana, and the closest one is Kate, who has every patch on her arm and a scar under her hair. Yes, there was a lot of attention for Meghan, but there is another family member who has been subjected to even more “persecution” – Prince Charles. He stood up to it, did not run away from his duties, and continues to represent the Royal family with dignity. Megan didn’t try very hard to follow the rules of the new family. Untidy clothes, unwillingness to remember the customs and traditions of another country, whims and scandals around the Markle family, created an interesting new daughter-in-law of the Queen of a negative character. The phrase of Prince Harry at the time of preparation for the wedding, ” Meghan will get everything she wants” determined the future of the couple. Meghan wanted to, Harry did.

Who benefits from a split

You can find conflicting information in the media. Some people talk about the unilateral decision of Sussex to separate from the” firm ” in spite of everyone, others are sure that Harry and Meghan were simply pushed out of the family. Whatever it is, the separation will be useful to everyone. Harry had long wanted to escape from the stuffy Palace to Africa, and Megan was his ticket to the dream.

The Queen clearly did not particularly like the bride, although Meghan was showered with numerous bonuses as the wife of her favorite grandson (an invitation to Christmas before marriage, a joint exit with the Queen, pleasant words of gratitude in the announcement of Meghzite). The Royal court will breathe a sigh of relief, no longer have to explain the next act of a rebellious family.

What did Megan get? Of course, glory! As an actress, she was not able to pave the way to Olympus, but her husband’s connections and regular appearance in the media made her one of the most influential women in the world. Now Meghan Markle is a brand that at least someone will buy for a lot of money. The press will not give up the pleasure of following the Dukes, but all publications can now be turned in their own direction, since they will not be viewed through the prism of the Queen’s representative.

In the black were all, the monarchy, which got rid of naughty children, Harry with finally obtained freedom, and Meghan with the opportunity to act again, earn millions on his biography, shooting in reality shows and advertising.

When will the return be made

Harry is a rebellious and vulnerable man. His entire youth was spent in raucous parties and scandalous media reports. The young Prince always went out to his subjects with a smile on his lips, and he was a great member of the “great three” (William, Harry, and Kate).

Meghan came, and the cheerful red-haired Prince turned into a nervous, always sullen man, whom everyone offends and does not allow to live in peace. The Prince’s last move at the moment was to leave the Royal family, but the Queen left him the opportunity to return, as he did not lose the peerage.

The Queen is a smart woman. One of her brooches, a piece of jewelry on her hat, can tell a whole story. Now Harry has received a long-awaited family in the form of Megan and Archie, perhaps soon there will be a second child. But he still didn’t realize how much he had lost, how much he had lost since childhood. Meghan won’t be able to keep her finger on Harry’s pulse all her life, people don’t change, and the Queen knows it perfectly well… So it’s only a matter of time before Harry returns.

The Queen’s decision is made, the British subjects are happy, the Royal family behaved with dignity, keeping their face, despite the openly boorish behavior of children. There is still a question of security, but it will soon be put an end to it, for sure, Charles’s grants to the youngest son will be able to solve this problem, even if Canada refuses to pay for the stay of the Royal pair of renegades on its territory.

We follow the news, because the Dukes of Sussex do not like to attract attention. Scandal MagtiCom not the last high-profile statement about yourself…

The story of Doria Ragland, part 2

The story of Doria Ragland, part 2 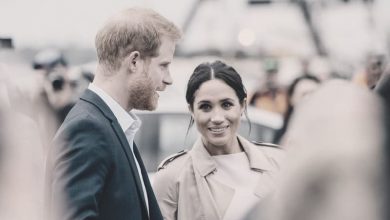 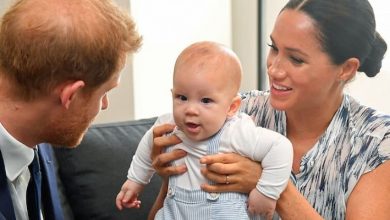